Contact Us Today for Guidance on Your MBA, Med / Graduate School or College Application
Schedule Your Free Profile Review 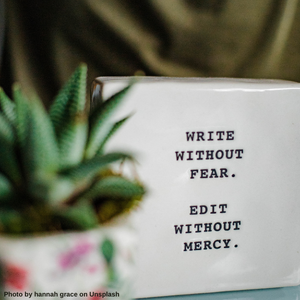 Welcome to October and congrats to the applicants who have submitted their Round 1 applications!  This month, for those brainstorming and draft writing for their Round 2 submissions, we’d like to highlight books that will help inspire your best writing.

The Economist’s list of ‘good-writing’ books in its recent article “What to read to become a better writer” is a very good one. Below we provide a snapshot of the five recommended books along with a bonus recommended book from our own expert writer, Paul Bodine.  As you undertake the essay writing experience, we hope this provides both insight and inspiration for your writing journey.

Politics and the English Language, George Orwell (click here for the essay)

First published in 1946, Orwell provides a discourse against poor writing.  He analyzes unoriginal metaphors that haunt the prose of academics, politicians, professionals, and hacks.  Orwell proposes six rules.  The first five are: prefer shortness over length, use everyday words, use the active voice, cut unneeded words and strive for fresh imagery.  Finally, the sixth is “break any of these rules sooner than say anything outright barbarous”!

Seen by the Economist as potentially the most textbook-like and useful work in their recommended five, “Style” was written by Joseph Williams of the University of Chicago.  Williams proposes “principles” to follow to shape their writing into something clearer, more concise and coherent.  For example, whereas Orwell instructed writers to “never use the passive where you can use the active”, Williams explains how passives can sometimes help create a sense of flow.  Other insights include guidance on the ills and virtues of nominalizations—nouns formed from verbs.

According to the Economist, Zinsser’s is a less practical but more fun read than “Style”.  An American journalist and teacher, Zinsser provides commentary on the writer’s craft and insights such as “the secret of good writing is to strip every sentence to its cleanest components.”  He provides practical wisdom such as diagnosing stylistic blunders, exploring genres from memoir to business writing, and analyzes passages from well-known works, including his own journalism.  Zinsser counsels: “very few sentences come out right the first time, or even the third time. Remember this in moments of despair.”

The Sense of Style: The Thinking Person’s Guide to Writing in the 21st Century, Steven Pinker

Pinker aims to help writers write better by getting them into the minds of their readers.  The psycholinguist argues that “the curse of knowledge” is the biggest cause of bad writing: writers forget that others often do not know what they know, dwell on irrelevant points, and make logical connections that are logical only to them.  By contrast, good writing assembles concrete words into straightforward sentences that readers find simple to grasp.

The dictionary publisher’s usage guide contains mini-essays: on individual words, confusingly similar ones, and grammatical conundrums (e.g., split infinitives and dangling modifiers).  The book aims to provide perspectives where a debatable claim about correct usage is made and has surveyed the history of other guides and their recommendations.  The Economist recommends this book as “good sense all round.”

Finally, an extra bonus recommendation by our very own Paul Bodine.  The Elements of Style is an American English writing style guide originally written in 1918.  It comprises eight “elementary rules of usage”, ten “elementary principles of composition”, “a few matters of form”, a list of 49 “words and expressions commonly misused”, and a list of 57 “words often misspelled”.  Time magazine in 2011 named “The Elements of Style” as one of the 100 best and most influential books written in English since 1923.

Contact us now for help on your essays, and good luck in Round 2!

The Value of an Ed.D. Degree